One of the main services or should we say “THIS IS WHY WE ARE HERE”!?

To deliver a message in a short span is a task to everyone, but we loved to do it. Initially, started with commercial short film ideas and then turned to art and explored professionalism through these experiments.

Mysore Pak is a love – jihad-themed short film. A story of two patriots who fall in love and try to defend their so-called divided – rival countries – India and Pakistan. The movie also themed the real based situation of demonetization that happened in November 2016.

A couple grapples with the problems that arise when their school-going son decides to concentrate more on devotion than examinations. As they reach their wit’s end, a mysterious multifaceted man addresses the situation. Sit through 15-odd minutes, and get up with a whole new perspective of life with The Bhakta Loading.

We do provide a short film-making service and the first one of them was ONE MORNING.

This is a story about a couple in a long-distance relationship. The day is Sunday and it is an important day so, let’s see how the morning unfolds.

More than entertainment, society lacks education, information, and reachable documentaries. We started to convey messages with authentic research in a documentary style.

Kodavas or the local community in Kodagu are concerned that the lack of environmental awareness is a dangerous trend. Kodagu is the birthplace of the river Cauvery, a small, pretty district that receives plenty of rain even in a normal year. But, the year 2018 wasn’t normal and the excess rainfall had led to devastation.

Namma Dakshina Kashmira is a Kannada-language documentary that sheds light on the Kodagu flood which happened on August 13th, 2018. The documentary started as the student project of St. Joseph’s College and turned out to be a full-fledged 14 minutes documentary film.

Who is he? He is an explorer, the one who has surveyed the swiftness of time to become an achiever. This is the story of a ‘Jignaasu’.

Jignaasu is a production of Sripada Studios. Jignaasu is a Kannada word that means explorer in the English language.

This is a Docu Film series on Legendary Kannada film actor and director – Shankar Nagarakatte and it’s an experimental effort of the team delves into this question with many hypothetical questions and situations of Shankar Nag.

This short film is based on real incidents. Yes, it is. This is the journey of my dissertation. As a writer, I have penned the situations in which I grieved of choosing Kannada cinema. My Dissertation was a 90-page primary research source material. The English language problem was the biggest hurdle to achieve and not having one research article supporting my argument was the saddest part. In the screenplay, I have tried to compose the scenes with realism.

The below questions pop up when you see the film. 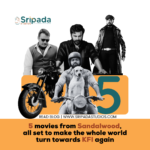 5 movies from Sandalwood, all set to make the whole world turn towards KFI again 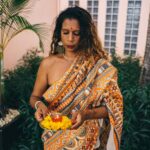 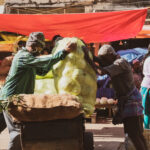 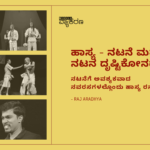